Bow Out With Farewell Irish Tour

After electrifying fans around the world with their incendiary blend of raucous garage-rock and futuristic electronica for the last few years, Otherkin have decided to call it a day. In order to thank fans for their support, Otherkin are staging a farewell tour comprising four Irish dates. Don’t miss your last opportunity to see one of Ireland’s most acclaimed live bands at one of their final shows.

Tickets on sale now via Ticketmaster.

Their break-up message read: “This band is a huge part of our lives and while breaking up is not an easy thing to do, it’s what feels right for us. We understand this may come as a shock to a lot of you and as such, we feel we owe you an explanation. The truth is that there’s no single thing that we could pin it on.”

“The unfortunate reality is that life in a band these days is one of extreme highs and extreme lows; there’s the elation after an amazing gig to the pressure of mounting bills, the pride of releasing music that you’ve laboured over for months to the deflation of struggling ticket sales. It’s all there and a band needs a lot of fuel in its tank to get through it. Some bands have more fuel than others and unfortunately, the day arrived where our fuel ran out.”

Otherkin’s 2017 debut record Ok reached No. 2 in the Irish Charts back in October 2017 and earned a nomination for Choice Prize Album of the Year. The band were also praised for their live shows, going as far as supporting Guns’N’Roses at Slane Castle.

Fans will be able to see Otherkin one last time this December. The band will play one night at venues Cyprus Avenue in Cork, Mike the Pies in Listowel, The Button Factory in Dublin and the Roisin Dubh in Galway. 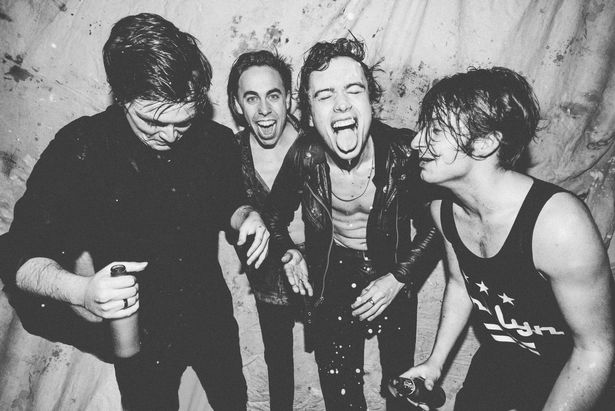