Over the past few months The Coronas have travelled the length and breadth of Ireland on their ‘Long Way Home Festival’ tour. Each show featured support from some of the band’s favourite up-and-coming Irish acts followed by their own headline show in which they interspersed some brand-new Coronas songs along with tunes from their beloved back catalogue.

Now, The Coronas are bringing the Festival home to Dublin this Christmas. As the band themselves explain, “No matter how busy we’ve been or even when we lived abroad, Dublin at Christmas has always been home for us. This year we want to do something slightly different: we want to play the venues where we honed our sound as a young band, together with some great Dublin venues that we’ve never gotten to play before.”

Tickets for the shows go on sale this Friday, September 13, at 9:00am.

The Dublin Christmas Tour starts with an intimate show in the Sound House on 4th December, then on to Whelan’s on 6th December, The Academy on 8th December and The Olympia Theatre on 12th, 13th & 14th December. They end the tour in Vicar Street on 23 December which will be a first for the band!

The tour of Dublin will cap off a very successful year for the band. The single ‘Find The Water’, taken from their upcoming sixth album, topped the airplay charts throughout the summer. Their ‘Long Way Home’ Festival gigs in Cork, Limerick, Belfast and Galway were sold out and upcoming gigs in Wexford and Kilkenny had second dates added, all of which are now sold out. The band are due to head to New York in November where a fourth date has been added to their The Mercury Lounge residency due to the phenomenal demand.

Even though the band adores playing abroad, there’s always something magical about a Dublin gig. With shows planned in London and Cologne and the New York run all upcoming, and the new album to finish in London and LA, all before Christmas, the band signed off on their recent post about the Dublin shows simply… 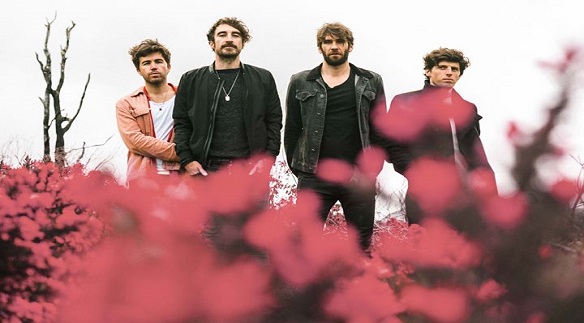