Back In the liberties 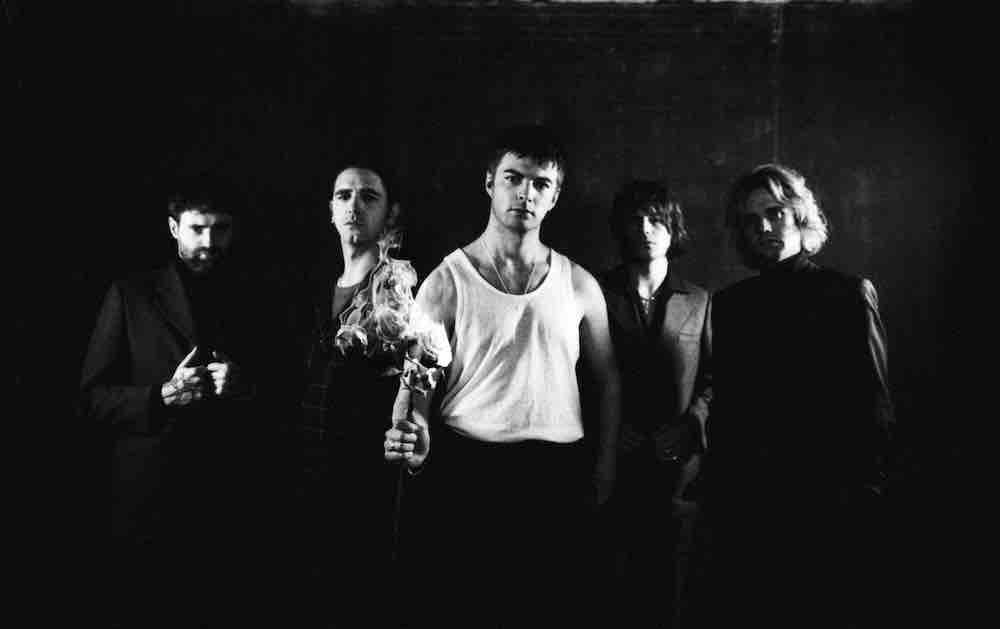 It’s Friday night, the end of the week – the end of another hard working week, and the Vicar Street crowd is in need to let off steam. The room’s darkness is broken by a neon sign lighting up each letter of Fontaines D.C. in sync to Petula Clarke’s, ‘Downtown’, as the menacing scenes from the movie, ‘Last night in Soho’, play on the mind. “When you’re alone and life is making you lonely, you can always go Downtown”, Petula declares. Once the song is comprehensible, recognisable to the senses, a chorus of voices joins the lyrics and the gentle singing murmurs become a full fledged chant.

The steam begins to lift from the lungs of the crowd, now blasting aloud in unison with Clarke who reminds us that “the lights are so much brighter there, you can forget all your troubles, forget all your cares, so go downtown”. Smiles begin to appear on the darkened faces. The rest of the steam will be cleared from the doctors that have just graced the stage. The neon sign fully lit, the signature guitar sound reverberates off the venue walls – the show begins!

Hailing from Dublin city, Fontaines D.C. sprang themselves onto the indie scene back in 2017 in ferocious fashion. Having formed while in BIMM college, the music school renowned for producing an array of performers over the years, the quintet have gone from strength to strength, starting as they had meant to continue. Whether it was BIMM’s doing, innate talent, an alignment of the stars, or an amalgamation of all three – the post punk band were destined to do great things and were on a musical mission from the start.

Equipped with all the right stuff – from musicality, songs to attitude, it is perhaps lead singer, Grian Chatten’s lyrics and raw vocal technique that elevates this act to another level. But Fontaines D.C. are no mere act. And it is this that sets the band apart from the many performers who strive to put on a show – performing their songs as though aiming to embody somebody else – the boys remain true to themselves. In everything they do, there’s a realness, a truth that at times is almost harsh on the ears. Chatten’s raw vocal style isn’t for everyone, but he’s not trying to win you over. “Is it too real for ya’, he asks the crowd, a self awareness that is both honest and provocative. The absence of attention seeking draws you further in.

Sincerity is a running theme throughout. In Joycean style, capturing the ordinary, day to day affairs – what some would deem as the mundane – Chatten celebrates its depth through conversations between people, the sounds of the city and life’s hustles and bustles. It is this skill in laying it bare for all to see, warts and all, that makes him ever so charismatically real. After all, in times of insincerity, we crave authenticity. Now with one foot resting on the stage monitor, looking directly in the eyes of an enthralled Vicar Street audience, the singer reminds them, “when you speak, speak sincere, and believe me friends, everyone will hear”.

It is their homecoming gig, something not lost on neither band nor the crowd. Since the last time the lads played on home soil they have exploded on the international scene. With TV appearances on Jimmy Fallon, a NME award for best band in the world, and a move to London, it has been quite the journey. Now, back in the Liberties, where it all started, the five boys have come full circle. Their love of Dublin still remains strong, if not stronger, with their latest album, Skinty fia, Irish for ‘damnation of the deer’, lamenting their loss of Ireland and a disillusionment with living abroad. As though aware of their angst, the crowd reciprocate with extra love for their local heroes return, singing, if not shouting every lyric back with pride. Dublin has given birth to a new great band, an internationally renowned band, and one, we hope will never refrain from painting the city exactly how it is!