Editors hit Dublin last Tuesday night, 16th October, on the back of their 6th album, “Violence”, to a full house at Vicar Street Dublin.

Infused with textured guitar riffs, melodic synths and anthemic choruses, Editors’ new album is a paradox. While lyrically, “Violence” paints a brutal world, one of corruption, pain and grief, musically, the band has entered the pop sphere more than ever.

Until now, the band has shied away from the mainstream, but maturity can bring confidence, an at ease with oneself, which is evident in the new songs, but one also wonders is there something else at play?

The age of streaming has created a ‘skip’ culture. If your song isn’t catching the listeners attention in the first twenty seconds, you’ve lost them. 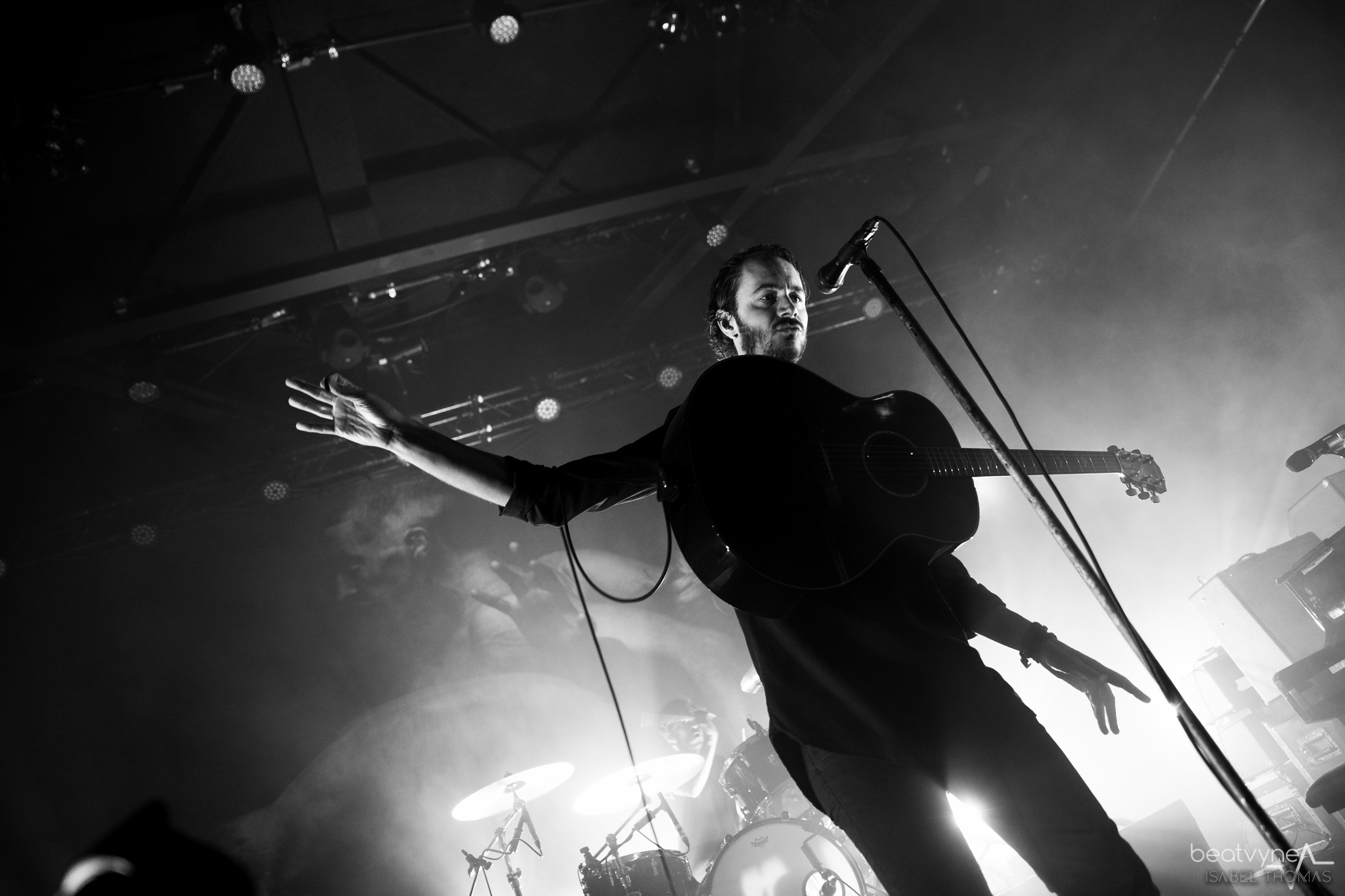 Fear of skip or not, Editors’ “Violence” is a beautiful escape from a turbulent world, and on stage the band uses their music to lift them from the mess of modern life, bringing the audience with them into their sanctuary.

Artists enamored with contrast, Editors’ love of dark and light permeates through their music and style. Opening with The Boxer, Vicar Street was instantly swept into a swirling array of synths, while lead singer Tom Smith moved in operatic motion, amidst spiralling smoke curling its way around the black light like a snake.

As the set continued the listeners slipped further into a void. 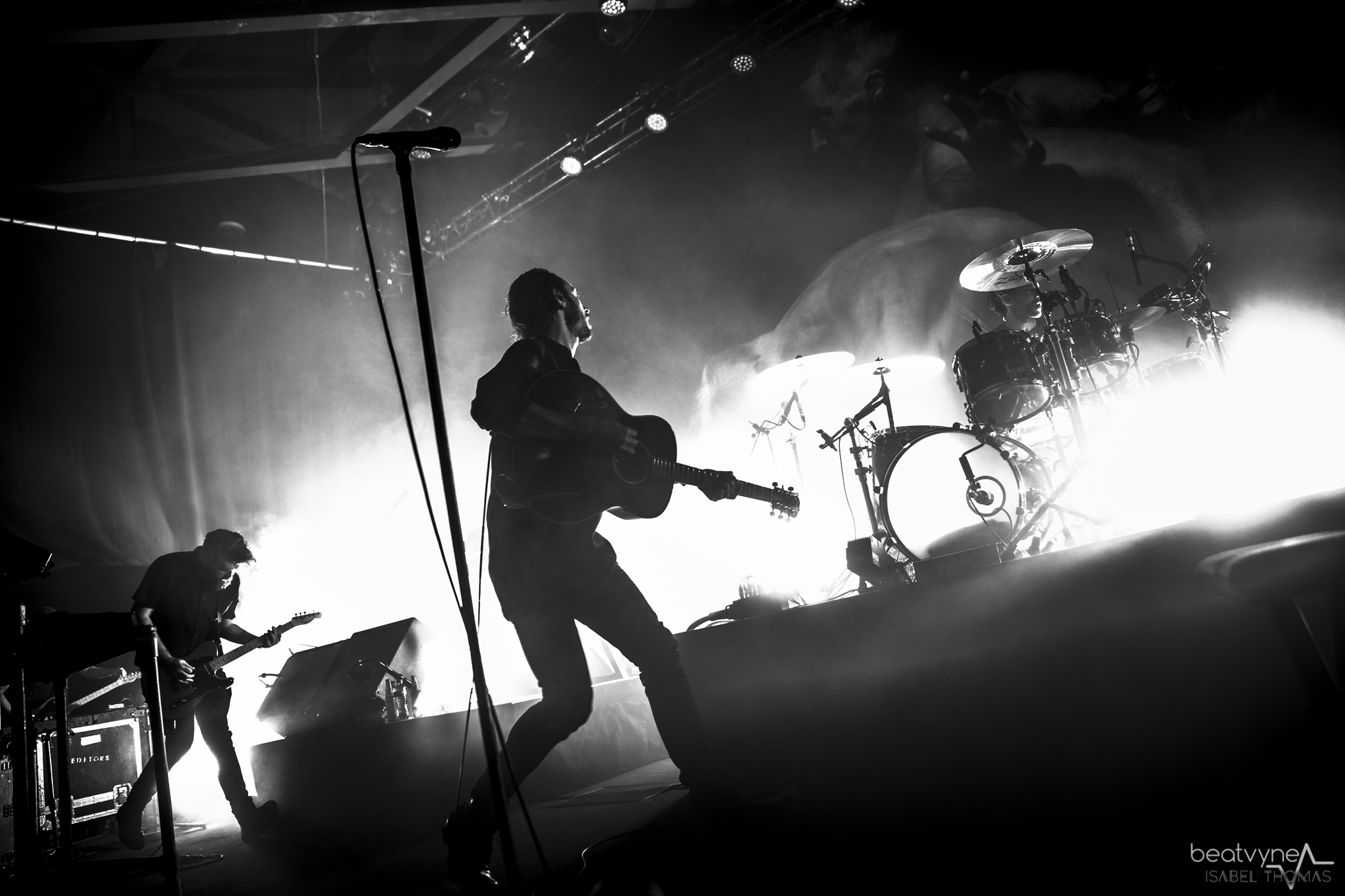 By the time Ocean of Night came around, it tore into the audience like a blade cutting through the heart of existence. In grief, with tears for a world falling apart and beauty heard in the melodies hinting of greater things, a higher purpose that we are part of something bigger, some great story, together in the communal experience of music, both artist and fan creating meaning in an otherwise incomprehensible world, the audience listened with occasional shared glances of knowing, flickers of understanding, that everything will be okay.

A few songs later they left the stage. A break, between sound and light with the audience taking the torch, a knowing responsibility to fill the emptiness. The voices rose to meet the darkness. 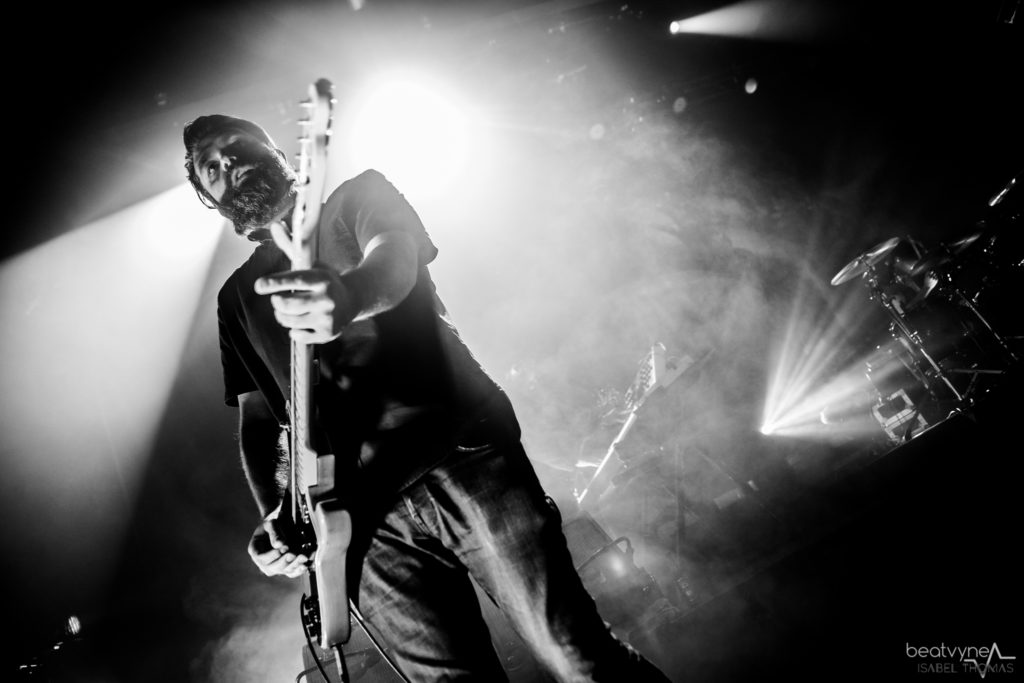 An encore Cold broke the silence, continuing the drama. It tells the story of two people in a broken relationship who refuse to let go but opt to stay together even though they have grown apart.

Smith, in carnivalesque style, moving as though a circus master, paints a picture of the isolation that is felt in such a relationship. The audience transfixed on every gesture, stuck on his every word.

The singer’s use of space, playfulness with silhouetted texture contrasted with striking colour is further evident in Cold’s video, produced by the visually stunning Rahi Rezvani. Shot in the barren yet magnificent landscape of Iceland, reflecting the isolation of the broken relationship and continuing the theme of the album, “Violence”, of a world torn asunder but buried deep in the turmoil, a beauty can always be discovered.

A bittersweet experience, Editors reflect this state of paradox beautifully.