It’s the first of the month, and with the onset of spring, we are excited to reveal yet more acts who will be joining us at the Irish Museum of Modern Art for one very sweet bank holiday this June.
Bulmers Forbidden Fruit signals the start of the summer festival season and we have already revealed a bumper load of amazing artists who’ll be playing on our beautiful stages. SKEPTA, MURA MASA, ELBOW, DANNY BROWN, PAUL KALKBRENNER, JON HOPKINS, SAINT SISTER,  FIRST AID KIT, LAURENT GARNIER, EARL SWEATSHIRT, PEGGY GOU, RY X,JULIEN BAKER, KOJAQUE  and MAHALIA are just a few of the incredible performers hitting Bulmers Forbidden Fruit in 2019.
Now, we ask you to hold on to your hats as we reveal even more acts.

Also joining the amazing Monday line up are the Dublin quartet PILLOW QUEENS.

While taking influence from artists from contemporary US DIY indie & punk scenes like Mitski, Waxahatchee, Hop Along and Cloud Nothings, Pillow Queens stay true to their Irish heritage, peppering their songs with Dublin slang. Steve Lamaq calls them, ‘Deceptively infectious, with sharp hooks and sharp nails.”  Check out their single Gay Girls, released at the end of last year.

Some more great acts have been added to the burgeoning Sunday line up, too.

“It’s techno, but not like we know it.” MEUTE are an 11-man marching band from Hamburg, taking on classic techno hits, turning them into brassband, party fiesta records. Their back catalogue includes the likes of our Sunday artist Laurent Garnier’s ‘The Man with the Red Face’, Ame’s ‘Rej’ and more. Meute are the ultimate festival and party band – go see why!

DAITHI is an electronic music producer obsessed by the culture of Ireland. The Choice Award nominee combines nature recordings, old Irish samples and analog synths to create a unique type of house music that’s soaked in Irish culture. A mainstay in the Irish gigging scene, his live show is an improvised performance, creating on the spot dance music using synths, drum machines and live fiddle.

Aussie DJ HAAi‘s absorbing and slow-release style makes for sets that deal in long lasting pleasures rather than instant hits of gratification. Often calling on heavily percussive and primal records “that bring out strangely strong reactions in me,” HAAi is well versed in house, techno, afro, acid and disco, as well as more unusual worldly sounds. (Resident Advisor) Expect her to keep the floor locked to a groove for hours on end.

Toronto’s PEACH is most frequently found on the internet radio waves, and in various raves. Now based in London, where she hosts her monthly NTS Radio show, her sets are creative, filled to the brim with energy, dynamism and passion. Check out her debut track, “Silky’

PROSPA are rising electronic duo Harvey Blumler and Gosha Smith. The Leeds natives broke on to the scene, playing at Creamfields and ADE for BBC Introducing. Prospa’s unique reimagining of classic dance is exactly why the duo are so hotly tipped by tastemakers such as Annie Mac, Pete Tong, Danny Howard, Monki, Mixmag, and Data Transmission.

CROMBY is an Irish DJ and producer residing in Berlin, having previously cut his trade between Belfast & London. Holding a residency for the past 6 years at Belfast’s legendary Shine and shows in the past year at the likes of Panorama Bar, Robert Johnson, The Warehouse Projectand Boiler Room, he’s one to keep an eye on. As a producer his tracks have picked up props around the world. His latest EP Futurola is the first release on Denis Sulta’s new Sulta Selects sub label Silver Service, which has been gaining a lot of international support. Pete Tong named ‘Retribution’ his Essential New Tune in December on his Radio 1 show, setting the scene for a seriously exciting 2019.

FRANC MOODY is a collective of like-minded musicians led by Ned Franc and Jon Moody who unveiled “Dopamine” and “Super Star Struck,” in 2018, quickly bringing them to the attention of underground party and festival goers. Their DIY approach and background running infamous warehouse parties in Tottenham inspired them to combine that raw, raucous party feel, with the slick and groove-based musicianship of their heroes – and we look forward to them hitting the Saturday stage at Forbidden Fruit. 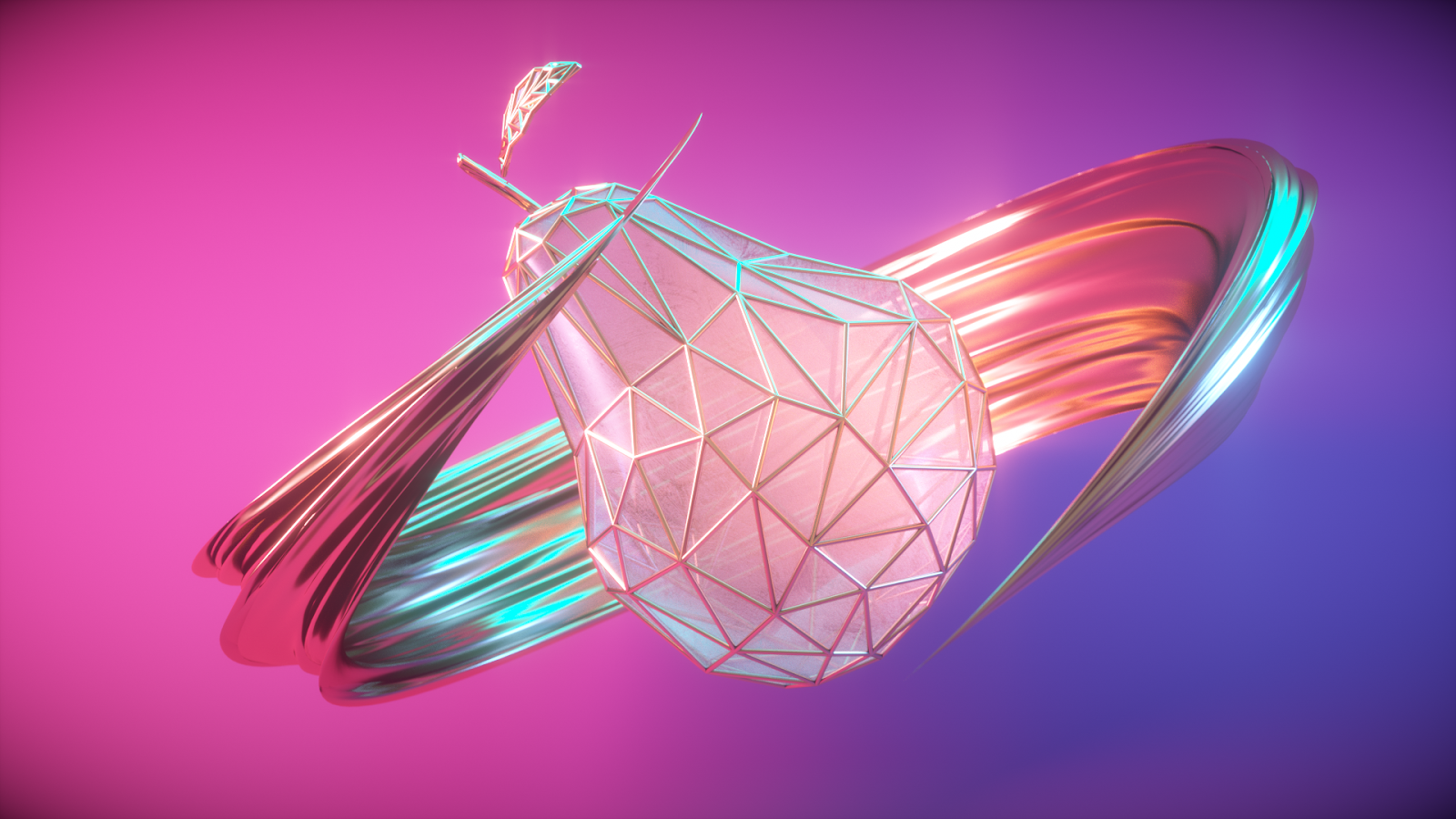 Bulmers Forbidden Fruit will see the festival return for its ninth year at The Royal Hospital, Kilmainham, Dublin from Saturday 1st to Monday 3rd June.

Tickets for Forbidden Fruit 2019 are on sale now. They can be purchased via www.ticketmaster.ie and usual outlets.

Ticket prices vary depending on the package you wish to purchase. However, prices for a three-day weekend ticket start from €159.00, with an instalment plan also available. All ticket details can be found on their website here. 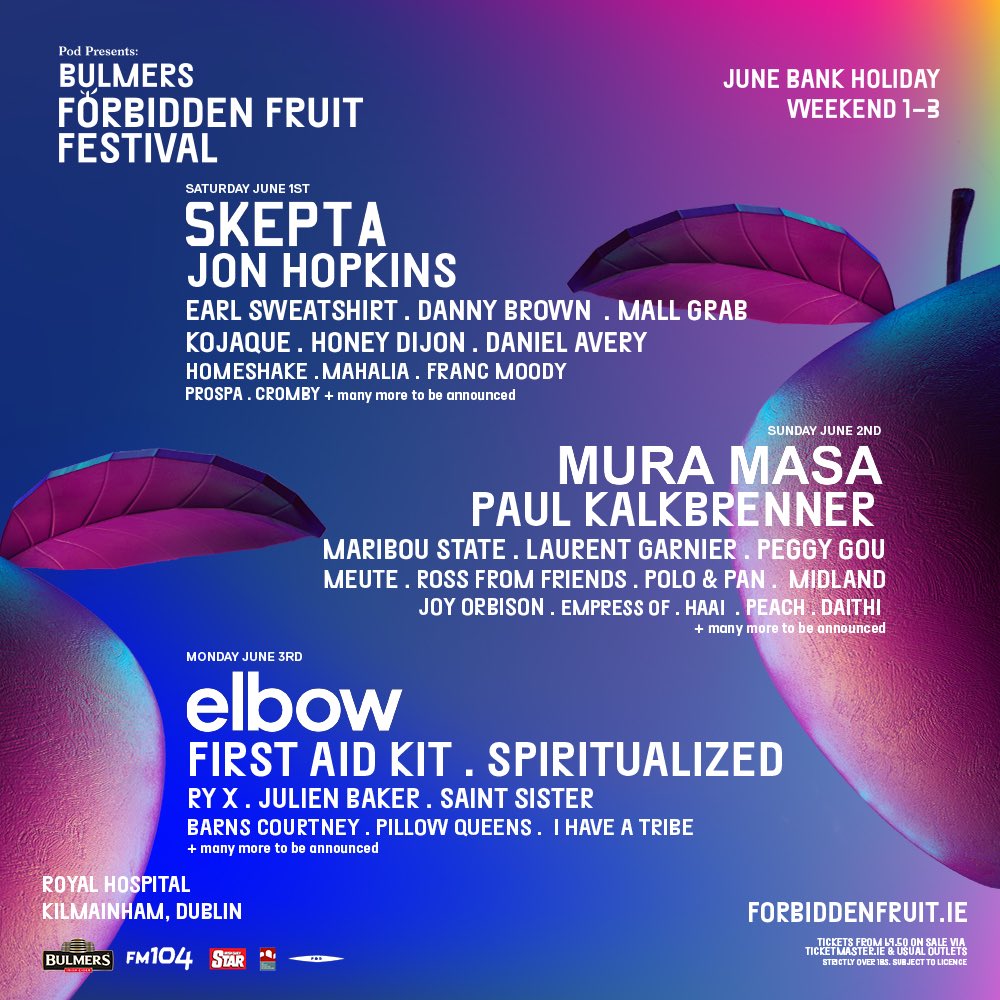